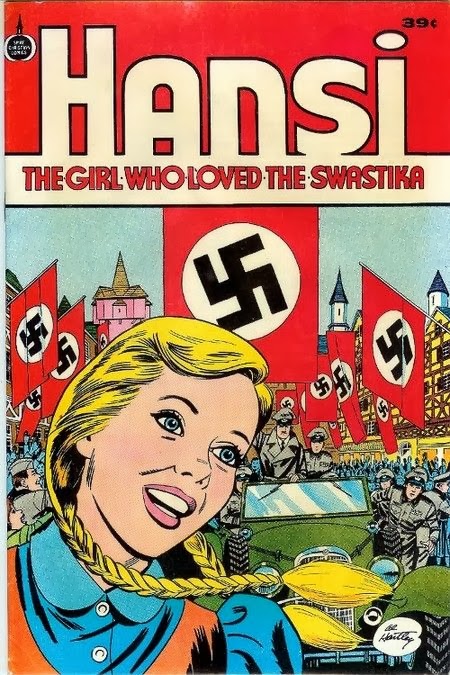 C.J. Sansom is well known as the writer of historical crime fiction featuring Matthew Shardlake, a hunchbacked lawyer and solver of sixteenth century mysteries. With Dominion Sansom presents an alternate history in which Winston Churchill did not become prime minister in 1939 and Britain has instead signed an armistice with Nazi Germany. Dominion is set in 1952 and media mogul Lord Beaverbrook is prime minster of a Britain that is steadily losing its independence to Germany. Western Europe is under the heel of Nazi Germany, who are still at war with the Soviets across a huge eastern front. America, having never gone to war against Japan, is essentially in isolation.

For reasons unknown I’ve hardly read any alternate history novels, otherwise known as counterfactuals. Philip K. Dick’s The Man in the High Castle (1962) has so far completely passed me by, despite Dick being one of my favourite authors. Dominion’s premise of an alternate WWII is perhaps a well worn one, but Sansom still manages to present a range of possibilities that fascinate. It does help to know your WWII history to get the most out of the novel, as there are a range of characters from the period who are cast in counterfactual roles that aren’t that implausible. Winston Churchill is the leader of the resistance, Enoch Powell is in charge of keeping India very much a part of a British Empire that is yet to wane and British fascist Oswald Mosley is home secretary. Perhaps the most fascinating aspect of the book is the representation of Nazi Germany, with Hitler still alive, taking their plan for Europe and its Jews to its logical conclusion.

Dominion’s intriguing premise is played out within a suspenseful plot that takes ordinary people and makes them into prime players in the struggle against Nazi Germany’s hold over Britain. In a superbly rendered 1950‘s Britain Sansom places ordinary middle-class citizens, such as David and Sarah Fitzgerald, in the middle of the struggle against Germany’s hold over Britain. David’s friend, the fragile scientist Frank Muncaster, learns a terrible secret and David and his resistance comrades must protect him from capture by the Nazis and get him out of the country. Much of the tension within the novel comes from the urgency of their mission and this is bolstered by well rounded characterization and vivid descriptions of the grime and desperation of winter in London. The principal protagonists back stories are revealed in segments, rather than being shoehorned into one chapter, allowing a greater connection to the characters and their motivations.

Dominion succeeds in part because Sansom deftly reveals the dark heart of humanity by exploring just how humans can be persuaded to perpetrate heinous acts. This elevates what is essentially a popular fiction thriller into an important novel. Sansom places familiar holocaust horrors in unfamiliar settings, giving the reader a much needed historical jolt. The chilling scenes in which British Jews are rounded up and marched through the streets of towns are brilliantly written and serve as a timely reminder that extreme intolerance is not just a Nazi phenomenon. In this context the significance of Frank Muncaster’s horrific treatment by a gang of school bullies during his vivid backstory is all too clear. Also the fact that Nazi manhunter, Gunther Hoth, is given a convincing back story and is portrayed as a flawed and sensitive human gives the novel an unexpectedly powerful dimension. Despite being placed in charge of finding Muncaster, Gunther feels old and washed up due to a broken marriage and the rigors of the Nazi mission to dominate Europe. He’s just about the most sympathetic Nazi character you could meet, which makes his worldview all the more disturbing.

Despite its successful exposition of important themes, Dominion is not without its flaws. Sansom’s style could be described as utilitarian and his writing is sometimes pedestrian, particularly during some of the action scenes towards to end, which suffer from a rather flat tone. These are minor quibbles however, as Sansom is brilliant at creating a narrative tension that is maintained throughout the novel. Also Sansom succeeds at using dialogue as a means to explore key themes, something that is tricky to pull off. Fairly lengthy dialogue heavy expositions regarding politics, the state of Europe, the Jewish situation and pre-war pacifism in Britain are all explored using this technique.

Dominion was read by my book club groups and the members took to it with great enthusiasm, despite its hefty girth and the counterfactual whiff of science fiction. Twenty five people can’t be wrong (I think?), indicating that  if you enjoy a quality thriller and like the idea of a counterfactual Nazi Europe, then Dominion may be well worth your attention.
Posted by Jeremy at 05:54