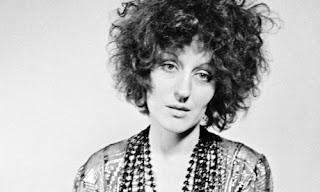 Germaine Greer has been synonymous with both feminism and controversy since she burst onto the cultural scene in 1970 with the publication of The Female Eunuch, a book that has not been out of print since. I must admit that I have had a rather dubious opinion of Greer in the past that was based on some of her more flippant comments (well, they seemed flippant to me, but look who’s talking...); in particular her comments about the first female Prime Minister of Australia, Julia Gillard, criticizing the size of her bottom and her choice in clothes. When I saw an American first edition of The Female Eunuch in hardback from 1971 at the Bill Campbell book shop in Fremantle (a few years ago now) I thought that it was about time I gave Greer the benefit of the doubt.

The Female Eunuch is organised into five sections: Body, Soul, Love, Hate and Revolution. After the introduction, in which Greer refers to the first wave of feminism; the suffragettes and how they relate to the then second wave of feminism, Greer gets straight into what it physically means to be a woman. Genetically the female form is expressed by the XX chromosomes and the male by an XY combination. Greer points out that the Y chromosome’s only function is to block the second X, a fact I already knew but in this context the thought sprung to mind that men are merely half a woman! I’m sure that Greer did not intend such a reaction (or did she?), but it was effective non-the-less. Throughout this section’s chapters: Gender, Bones, Curves, Hair, Sex and The Wicked Womb, Greer discusses just what it is to be a woman and how both female and male perceptions skew cultural attitudes towards the female form. In The Wicked Womb chapter Greer infamously notes that “If you think that you are emancipated, you might consider the idea of tasting your menstrual blood-if it makes you sick, you’ve got a long way to go baby.” As flippant as this may seem Greer’s point is that due to cultural repression women themselves had (have?, unlikely now...) precious little idea of the functions of their own female form. Whether this was true or not is open to conjecture, however perhaps just how much things have changed was hinted at when I was reading through the reader reviews for this book on Goodreads and one particular female reviewer took severe umbrage to the notion that “she had a long way to go” because she hadn’t tasted her own menstrual blood. Curiously most of the favourable reviews on this website were written by men, perhaps reflecting just how loaded the notion of Feminism is these days for women. Here in Australia much has been made about whether federal female politicians identify themselves as Feminist or not, with some in the ruling Liberal Party choosing not to, such as foreign minister Julie Bishop.

Far from being a spiteful diatribe against men, The Female Eunuch is a well written and mostly astute examination of just how patriarchal society over the course of history has psychologically molded women (and men, for that matter) into powerless role playing actors that serve only to further entrench the status-quo. Across the Soul and Love sections Greer examines how women are psychologically molded by childhood, their adult relationships and the weight of gender expectation. Such role playing continues in their work life, often resulting in dysfunction and bitterness. Although Greer’s arguments are persuasive, she does slip into some spurious speculative anthropology at times. In the Hate section Greer strongly suggests that women just don’t realize how much men hate them and that, significantly, men feel disgusted after sex. Greer cites a discussion with one man “...who...assumed that all men felt disgusted by sex afterwards.” She goes on to say that “It is too easy to decide that this is a unique case of a special kind of fastidiousness. It has grown out of the felt loss of human dignity which is the product of boredom and restriction.”  It seems that in 1970 Greer found it all too easy to generalize based on one man’s inhibitions and disgust. Surely there were studies that Greer could have drawn from, such as Alfred Kinsey’s from the 1950’s.

Flaws aside The Female Eunuch is, even now, powerful reading. I’m not surprised the book made such an impact at the time of publication. Greer’s writing is bold and assured, although now slightly dated by an occasional anachronistic turn of phrase. The final two sections, Hate and Revolution, pack the most punch. Greer examines the misery that women are put through by the dominant patriarchal capitalist society, but also, equally significantly, what women put themselves through. The chapters, Abuse, Misery and Resentment reveal, even after nearly five decades, all too familiar tribulations for women facing the demands of married life, work and the pressures of life under the yoke of capitalism. In Revolution Greer advises that the answer does not lie in equality if that means becoming like men, because, she observes, men are not free themselves. This is a key point and one that both men and women should be taking very seriously.  Greer advises women against marriage (good advice I say...) to free themselves of the burden of the nuclear family that merely serves to reinforce gender role-playing. Women should be, instead, self determined, rather than passively hoping for change via the establishment; they should attempt to create and experiment with new ways of relating to men and raising children.

Significantly Greer warns women against the manipulations of capitalism, something that is wholly prescient considering the levels of marketing modern women are exposed to and the damaging effect it has on their well-being. I was particularly taken by the concluding pages of the Revolution section in which she notes: “We have but one life to live, and the first object is to find a way of salvaging that life from the disabilities already inflicted on it in the service of our civilization.” Although The Female Eunuch was published some forty six years ago and Western civilization has altered enormously, much of what Greer has to say is still important. Just what Feminism means to the average modern woman seems to be, as ever, in flux, so no doubt The Female Eunuch will get plenty of attention when its fiftieth anniversary comes around in 2020.