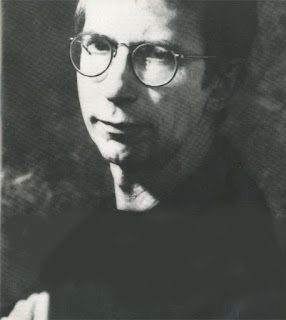 After finishing Oscar and Lucinda I pondered over the question of whether Peter Carey could be regarded as Australia’s greatest novelist. It is no doubt a contentious notion, but on the strength of this sublime novel I’d have to say that he is definitely a contender. Carey’s career has been impressive, with a string of critically acclaimed novels, some of which have made a significant cultural impact (such as True History of the Kelley Gang, published in 2000) and numerous literary prizes, including the Miles Franklin Award (three times) and the Man Booker Prize (twice). Often prize winning books can be disappointing, particularly Man Booker winners, such as the notorious The Finkler Question (just why is an interesting question - one worth considering at a later juncture...), but Oscar and Lucinda exceeded all of my expectations and I can say with confidence that it is one of the greatest novels I have ever had the pleasure of reading.

It is frankly hard to know where to begin with Oscar and Lucinda, but the first thing that comes to mind is that Carey’s prose is simply a joy to read; it’s richly descriptive, infused with sly humour, highly intelligent and appears to be both emulating and parodying the prose style of Victorian literature, in particular that of Dickens. The novel’s other great strength is that both Oscar and Lucinda are beautifully nuanced characters, but also every minor character is vividly realised as well, complete with back story and character quirks. Despite such qualities I did not initially warm to the novel, for some reason I tend to have problems with novels that begin with the protagonist’s childhood. Oscar’s childhood is dominated by his stern evangelical father, the marvelously named Theophilus Hopkins. However a significant theme (a theme I believe is the key to understanding much of the novel, in particular its denouement), that chance and fate are not random, but are the result of God’s will, is established during Oscar’s childhood when he derives the same result again and again whilst playing a game of chance of his own devising, interpreting it as a sure sign that he should leave his cruelly inflexible God fearing father and live with the nearby fusty Anglican couple, Hugh and Betty Stratton.


Although the story of Oscar and Lucinda is told from an omniscient point of view with Carey’s authorial voice on prominent display, the novel does in fact have a narrator, a descendant of Oscar’s who is mostly hidden and interjects on and off, but who’s identity does not seem to be all that important until the very end, where Carey pulls off a clever sleight of hand. The novel never succumbs to the obvious and in keeping with that point Oscar and Lucinda do not actually meet until half way through this lengthy novel. When they do meet it is on an aptly named ship called The Leviathan (apt due to the heavy religious themes throughout...) which is bound for Sydney. Carey deftly manipulates the reader into desiring a possible romance between Oscar and Lucinda. If the novel is indeed a love story then it is perhaps the most curious love story I’ve ever read. What is clear is the brilliance of this section of the novel; from the moment when Lucinda arrives to board the ship and spies the aqua-phobic Oscar being lifted onto the boat via a cage the narrative is satirically brilliant, engagingly comic, emotionally poignant and alive with beautifully descriptive language. This section also contains a brilliant example of Carey’s ability to tell a story via shifting points of view, in this case via the fiancee of Oscar’s friend, Ian Wardley Fish, a certain Miss Melody Clutterbuck (more fantastic Dickensian names...). Miss Clutterbuck witnesses Oscar’s distress at being so close to the water, his awkwardness around others and most of all his final moments with Theophilus, who falls to his knees to recite a farewell prayer that he cannot complete due to overwhelming emotions that are normally repressed; a masterful scene that is both humorous and touching.

Oscar and Lucinda is a novel stuffed full of narrative richness, it’s literally overflowing with everything you could ever want in a novel, in particular the two lead characters, whom are among my favourites in literature. Oscar is such a complex character, achingly devout but tortured by his vice for gambling, which he both justifies and regrets. Similarly Lucinda, a heiress and owner of glass-works based in Sydney, is both fragile and strong, displaying proto-feminist tendencies and an admirable moral outlook, yet her fondness for gambling leads her to precarious and sometimes humorous situations. One of the novel’s best scenes involves Lucinda offloading on a caretaker and his judgmental wife who climb through a window after spying Oscar and Lucinda playing cards in order to berate them both, but Lucinda turns the tables by admonishing them soundly before forcing them to climb back out through the window, a humiliation they can barely stand.

I don’t normally talk too much about the endings of novels, however Oscar and Lucinda’s endgame is, on the surface anyway, inexplicably unexpected. Without revealing too much, but perhaps enough to get you thinking, it occurred to me that the ending is actually very much in keeping with the novel’s preoccupation with gambling and its moral consequences. My thoughts on the matter run along the lines that ultimately life is a gamble and sometimes people are gazumped by circumstance or fate. Alternately, and in keeping with Oscar’s peculiar belief system, it could also be, in the end, simply God’s will. As with all great novelists Carey does not spell it out and you are left to ponder the novel’s deeper meanings. Lastly Carey has been mooted as a possible contender for the Nobel Peace Prize for literature, a prize he certainly deserves as he is right up there with Australia’s sole winner so far, the truly great Patrick White.