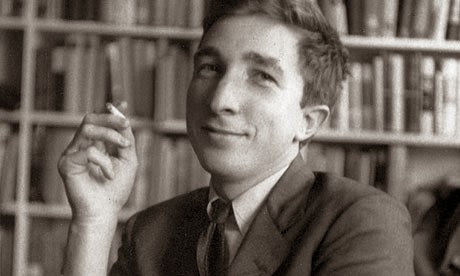 The great John Updike died only five years ago. Such was his prolific nature that had he lived during that time he would have no doubt produced many short stories, essays, criticism, some poetry and a few novels just to round things off. He is greatly missed, but he will always be remembered for his brilliant quartet of Rabbit Angstrom novels (plus a novella), The Witches of Eastwick (1984), the Henry Bech trilogy of novels and perhaps also Couples, which was hugely successful when first published. Couples is set during the early 1960’s and explores the relationships between a cluster of couples who party, work and play adulterous games in a fictional town called Tarbox. Updike ended up on the cover of Time due to its success, an honor that is rare for authors.

Couples is a thematic cousin to the Rabbit books, with Updike exploring how a range of characters deal with culturally changing times, most notably the waining of religious influence and the after-affects of the introduction of the pill. There’s a sizable ensemble of characters, with Dutch expat Piet Hanema acting as a focal point. Piet turned to religion after his parents were killed in a tragic car accident. Unlike some of the couples he regularly attends church on Sundays, but this does not stop him from pursuing carnal delights with at least three married women within the circle of couples. Updike applies his richly descriptive and dextrous prose to the sexual act, something that both outraged and enticed the readers of America at the time, although now Updike’s approach does seem almost quaint in comparison to the modern novel’s tendency to go right to the heart of the matter.

The first chapter, ‘Welcome to Tarbox,’ begins with Piet and his wife Angela discussing Ken and Foxy Whitman, the new couple in town. With this first long chapter Updike cleverly places the reader in the shoes of the Whitman’s by introducing many of the cast of characters with little in the way of backstory. Apart from Piet, whose backstory is established early on, you have to cope with Freddy Thorne’s Rabelaisian buffoonery, Janet Appleby’s neurotic personality and Roger Guerin’s ”hostile touch” as if, like the Whitman’s, you were awkwardly meeting them for the first time. Updike’s characters are a self conscious bunch; often neurotic, vain and desperate for distraction from their established lives. They are hermetic, trying desperately to find escape amongst themselves; a tendency that sends some of them to the therapist’s couch and others toward a great deal of trouble. Updike’s characters are well rounded, but their hollow ennui is palpable, making them a rather soulless bunch. By the novel’s end it’s hard to shrug off a feeling of ambivalence when it comes to caring what happens to them all.

Couples is a dense read, not because it is particularly complex, but due to Updike’s erudite and allusive style. The syntactic spell he weaves around the couples libidinous lifestyles is really something to admire. Updike is also brilliant at handling social scenes in which most characters have equal footing. The dialogue sparkles with wit and humour, particularly when rivals Piet and Freddy are sparring. Unfortunately the novel is at least one hundred pages too long and as a result reading Updike’s prose becomes like eating too much rich food, then regretting it later. By the time the novel resolves the central plot and ties up some loose ends, the joy of gorging has become diminished. Despite this problem Couples is an excellent read, although if you are new to Updike I’d begin with the Rabbit novels.

After I completed Couples I had a look around on the web to see what other people thought and my interest was piqued by a reviewer who wondered whether Couples was realistic. It is perhaps hard to say whether Updike’s tight knit group of couples living in a small town who indulge in sometimes witty repartee and adultery is particularly realistic, but ultimately such a question misses the point. All narratives are versions of reality, coloured by both the author’s rendering and the subjective filter of the reader’s own perceptions. To critique Updike for not being realistic is to critique every writer of fiction who has ever lived. In any case I rather admire Updike’s version of reality and will read many more of his novels to find out just what he made of it all.