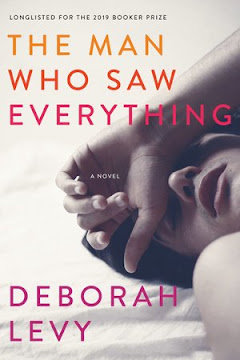 Rating: Mediocre
The Man Who Saw Everything is a novel in two parts. I quite enjoyed the first part, but unfortunately my level of interest completely fell away during the second half. The novel concerns Saul Adler, a very good looking young man who is hit by a car having his photo taken by his artistic girlfriend at the famous Abbey Rd crossing in 1988. His girlfriend then breaks up with him just before he embarks on a trip to East Berlin to undertake research, where he becomes romantically entangled in the lives of a brother and sister who are compromised by life in the Eastern Block. The first section is told from Adler's point of view, however during the second half of the novel you come to understand that his self perception and his perception of those around him is significantly lacking. Adler is again hit by a car at Abbey Rd (or is it the first and only time? I have my suspicions...) in 2016 at age 56. He is badly hurt and spends the second half of the novel in a hospital bed being visited by people from his past, while ruminating over his life in an opiated haze.
The Man Who Saw Everything is an ironic title, as Adler does not see himself as others see him and Levy uses this as a means to explore the notion that life, perception, and history itself is fragmented and unreliable. An argument could be made that the the novel is quite clever in its exploration of such themes (it's a divisive novel, with a portion of my book club members loving it - the others were totally dismissive), however both Adler and the narrative failed to hold my interest and I became totally indifferent to its (actually limited) charms. Adler is not a particularly likeable character, he is obviously both damaged and narcissistic, which is fine, as I often enjoy antiheroes, but coupled with the fact that the narrative becomes so diffuse and opaque, there is very little motivation to spend the time to work out what is actually going on. While I was still writing this review I began reading the Christos Tsiolkas novel Damascus (2019) and the difference between the two novels made me realise that post-modernism is totally dead. Tsiolkas' brutally straight-forward writing style was incredibly refreshing and dynamic compared to the oblique exploration of the subjectivity of reality in The Man Who Saw Everything.
Posted by Jeremy at 06:20