The House That Trane Built: The Story of Impulse Records - Ashley Kahn (2006) 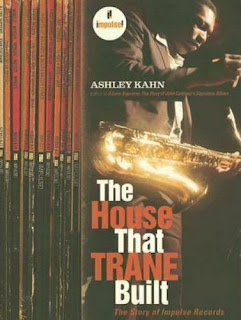 A week ago I was remarking to my friend, Owen, who lent me this book, that jazz is the greatest music genre because it is endlessly complex, filled to the brim with amazing practitioners and has something for everyone, from soft, slow cool jazz to freaky skronky spiritual jazz. He didn't disagree. Impulse Records was, and, once again, is, one of the most important and influential jazz labels. The House That Trane Built is a fine book detailing the history of this important label from 1960-61 to 2004, when Alice Coltrane released her last studio album, the incredible Translinear Light. Oddly, however, the discography near the back of the book ends in 1977, when the label was sold and then mainly became a source of reissues. This is a minor issue, as the writing is engaging, the history fascinating and the major players, such as producer Bob Thiele, who worked extensively with John Coltrane, are all correct and present. Coltrane, is, of course, one of the greatest musicians of the twentieth century. There's plenty within these pages for Coltrane fans, in particular regarding Coltrane operating in the studio and some insights into his home life. Although Coltrane does dominate, Impulse signed some of the key innovative jazz acts of the sixties and seventies outside of Miles Davis, making this book a history of jazz itself during that period as it took on the rising force of rock in the late sixties and early seventies.

One of the most enjoyable aspects of The House That Trane Built is the regular two page features on specific albums, many of them unknown to me, or ones that I'd forgotten that I had lurking away among my records and CDs. As expected Coltrane himself is included a number of times, with his first for the label, Africa/Brass (1961), featuring early on, which I hadn't listened to for years. There's also obscurities like Ask Me Now! by Pee Wee Russel (1961), which somehow I had in my collection, un-listened to, which turned out to be beautifully poised and gently ebullient. There's also some great photos, such as Albert Ayler playing the bag-pipes and some very sexist print ads for the era, one of which features a naked women being spoon fed. At least the jazz can't be cancelled. The book was put together in a timely fashion, with many of the major players still alive to contribute, like Alice Coltrane, McCoy Tyner, Elvin Jones and many of the producers used throughout the first life of the label. Their first-hand contributions really make this book shine, and also unfortunately highlight the sad fact that John Coltrane died at the age of forty in 1967. The book does become less interesting after this point, but this is not really the fault of Kahn. Although Kahn is no great stylist, his straight-forward accounts still manage to convey his obvious passion for jazz. If you've never really understood jazz, I wouldn't necessarily recommend the music covered in The House That Trane Built as a place to start. Depending, of course, on your general musical experience and predilections, I'd begin with 50's hard bop before moving on to the likes of Impulse. If you get that far then this book is a perfect initial guide. However if you are ready to dive into the deep end of jazz, then Impulse has just released a beautiful sixtieth anniversary box set that I can personally vouch for as well worth your investment. 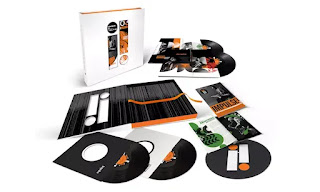