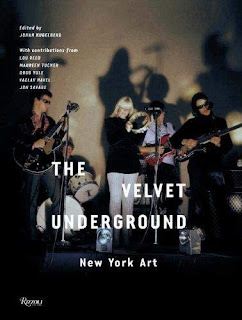 I've again been making an effort to read my many large coffee table style books, as usual at a very gradual pace. The Velvet Underground are my all time favourite band for all kinds of reasons, some obvious and some for personal reasons of my own. Fittingly this book is made for fans such as I. It was deliberately put together as a quality coffee-table arthouse book focussing specifically on media that hadn't quite been captured by other publications and the various Velvet Underground box sets. It's a brilliant celebration of this unique and highly influential band. The main focus of the book is a multitude of incredible rare photos of the band throughout its history. It's worth owning just for that reason. There's also a large collection of posters and flyers advertising their live shows, a great portion of which I have never seen before. 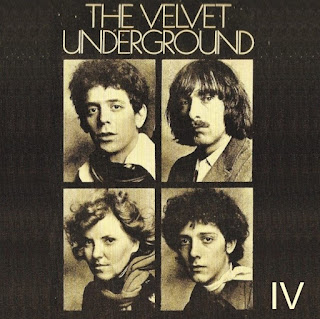 The book's text entails such curios as newspaper cuttings of reviews of some of the shows they did during the Andy Warhol era, including one great headline that reads: 'Shock Treatment for Psychiatrists.' There's an amazing short essay written by guitarist, the reticent Sterling Morrison (RIP), about the band's early days. Perhaps the best section of text is a long interview with Lou Reed and Doug Yule from 1970, in which they talk about such topics as recording Loaded (1970) and their opinions of other acts, such as the Beatles (they loved them) and Frank Zappa, whom they loathed (something that is well known, but to read the details of Lou's antipathy is fascinating). Among other highlights is Lester Bangs' long review of the Loaded album, which is entertainingly verbose. This is just a superb book. I'd recommend Velvet's fans to search out this book, but unfortunately it is now worth $600+ Australian dollars, which is a bit rich for even the most rabid fans. Hopefully it will be republished one day, meanwhile listen to their sublime albums, some of the greatest in the rock canon. 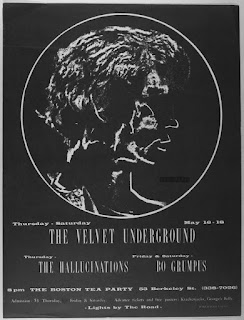