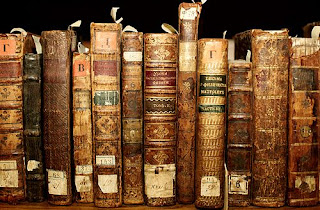 Although this blog is about the books I read, what can often happen is the things going on in your life can have a strong influence on what you end up reading. This year was eventful and life changing. I began it pretty much crippled by a right hip that needed replacing. I ended up having nine weeks off of work and had the surgery in May. This meant that I've read less book club books this year, which also meant I got around to reading some books I had been meaning to read for a while, such as The Little Friend by Donna Tartt (2002), which is my book of the year. I read Mars by 1980 by David Stubbs (2018) during this period as well, which meant that I had time to listen to the weird early electronic music referenced by the book. It really helped me get through the recovery period, as did reading Lives of the Stoics by Ryan Holiday and Stephen Hanselman (2020), which, for obvious reasons, was really appropriate.

I'm pleased to have finally read some Philip Roth (Sabbath's Theater  - 1995), and the Alan Garner novel I'd been carrying around from move to move since 1980 (Red Shift - 1973). Some of these were fitted around and during two great holidays post hip replacement, including a cruise off the Kimberley coast, which was a life-changing experience. Weirdly this was were I finished reading Sabbath's Theater! Reading is also somewhere you can take solace, and it helped enormously during the aftermath of my mother's death at the end of October. Appropriately by the time that had happened I'd finished Crying in H Mart by Michelle Zauner (2021), which thematically was mainly about her mother's death. Strangely even reading The Dice Man by Luke Rhinehart (1971) helped in this regard, perhaps because it was so irreverent. As usual I wished that I'd read more, but there was a lot going on. As always there's the worst book of the year, and that prize goes to Something to Hide by Elizabeth George (2022), which I could not even get half way through. By default it was also the worst book club book, the best being Crossroads by Jonathan Franzen (2021), which featured the usual Franzen qualities we know and love. So, onto next year, onwards and upwards - ever upwards forever in fact!

Email ThisBlogThis!Share to TwitterShare to FacebookShare to Pinterest
Labels: Best and worst of the year 2022, Crossroads, Crying in H Mart, Excelsior Forever, Lives of the Stoics, Mars by 1980, Red Shift, Sabbath's Theater, Something to Hide, The Dice Man, The Little Friend