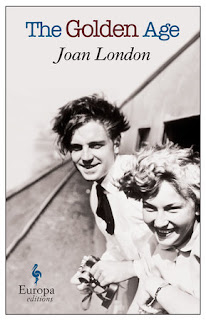 Joan London is a Perth born writer of some renown, although not as highly regarded as Tim Winton, perhaps in part due to London’s sporadic output since the nineteen eighties. The Golden Age is only London’s third novel and first since the well received The Good Parents in 2008. Although London has not amassed a great body of work she has more than made up for it by the quality of her novels. This was recently recognized when she won the Patrick White Award for 2015, an award set up by White in 1973 with his Nobel Prize in Literature money to help draw attention to otherwise unrecognized Australian writers. According to Wikipedia White wanted the award to be announced just a week after the annual Melbourne Cup horse race in an attempt to draw attention to literature rather than sport! A great curmudgeonly tactic there Patrick.

The Golden Age is set in the mid nineteen fifties during the polio epidemic that would eventually infect some 40,000 Australians. The novel takes its name from a hotel that was converted into a hospice situated in the inner city Perth suburb of Leederville. Here we meet teenager Frank Gold, a Hungarian WWII refugee with an interest in poetry and pretty fellow teenager Isa. Their relationship and the hospice itself are the focal point around which a series of vignettes unfold that reveal the inner workings of a young society trying to cope with the tragedy of polio and the aftermath of WWII. The parents who come to visit the children interact in ways that reveal their class anxieties, a concept the children find alienating after the great leveler of polio has given them a common connection. The relationship between the children and the nurses brings a warmth and depth to the narrative that is palpable. The most significant minor character is Sister Olive Penny; an example of a post-war woman living independently of men and marriage.

London’s prose style is deceptively simple. Within what seems to be merely a teenage love story lurks great depths. All it takes is a quiet turn of phrase to open up the psychological world of a character. Frank Gold’s musings, romantic yearnings and earnest attempts at poetry all conspire to engage the reader. At times I had strong emotional reactions to what I was reading that seemed to come from nowhere. Cleverly, without you really noticing, in just over two hundred short pages London reveals the inner workings of 1950s Perth family life and society as a whole. The Perth of the past is evoked beautifully, with the summer heat, old buildings and beach settings.

The end of novel is set far into the characters futures and is both satisfyingly realistic and profoundly effecting. The way London deals with the characters’ emotional lives is remarkably nuanced and touching. Also the brevity of the end section provides just enough to satisfy the desire generated in the novel’s main body to know just how the future will pan out for the principal protagonists. On the evidence of this novel London is certainly a top class writer in the league of Tim Winton and has written one of the definitive novels set in the isolated wild west of Perth. London missed out on winning the Miles Franklin Award for The Golden Age, but I’m sure it will not matter as a novel this good will definitely find an audience.


This book is only available as a part of The Go-Betweens box set: The Go-Betweens Anthology Volume 1: 1978-1984, although such is the quality of the writing I’m sure at some stage after the third volume is released it will all be published as a stand alone tome. The Go-Betweens formed in Brisbane in the late seventies and were nurtured within the punk/post-punk scene before emerging to become one of the most influential pop-rock bands of the nineteen eighties. Although mostly commercially unsuccessful at the time the band were the critics darlings and have since been rightly remembered as a great Australian band.

The Go-Betweens were a very literary band, so it was no surprise to learn that the two founding members, Robert Forster and Grant McLennan, met whilst attending an English course at Queensland University in 1975. Inside the pages of this beautifully presented book the story of The Go-Betweens is cleverly retold by Forster in the third person with an immediacy and poignancy that is addictive to read. There’s a kind of romantic innocence about two awkward outsiders creating themselves as the rock equivalent of cult fiction. Whilst most Brisbane bands practiced noisy punk or rancid metal they wrote songs about librarians and faded movie stars. They casually self mythologized, labeling their music as “That striped sunlight sound”, giving them a certain level of pretension that worked both for and against them.

The book features archival photography from the band’s earliest days and ephemera such as gig posters, critical reviews and single covers. There are many choice items, such as a reproduction of a review of Woody Allen’s film Annie Hall (1977) written by McLennan whilst at university. There’s also a post-card sent by McLennan to Forster commenting on some demos the latter had sent hoping to pique the former’s interest. Forster’s brilliant anthology notes ends in 1984 and is followed by several essays by people who were associated with the band. There’s the obligatory detailed discography and then most surprising of all a section of Grant McLennan’s poems from that era, some of which are actually pretty good.

The music featured in what will be the first of three vinyl box sets is the sound of a band growing up in public; initially ramshackle but sometimes oddly brilliant, then flowering into sublimely evocative songs that connect both intellectually and emotionally. As brilliant as this box set is I’m slightly disappointed that I didn’t manage to get my hands on one of the first 600 copies that contained a book from Grant McLennan’s massive personal library, all verified and signed by Forster and some with notes in the margins from McLennan himself (apparently there are another twelve hundred for the next two sets...). Sadly Grant McLennan died aged 48 in 2006. A few weeks before his death Forster and McLennan met for the last time, as recalled by Forster in this piece for The Monthly. As Forster was leaving McLennan’s house he pulled from the letterbox an issue of the New York Review of Books and commented that he didn’t know that McLennan had subscribed to that particular literary magazine. As Forster drove away he thought that McLennan was probably the only singer-songwriter or rock star who had such a subscription. I have no doubt that Forster’s assumption was correct, after all The Go-Betweens were that kind of band. 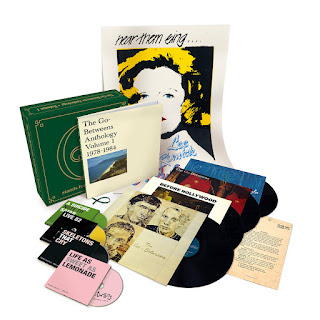