Pox: Genius, Madness and the Mysteries of Syphilis – Deborah Hayden (2003) 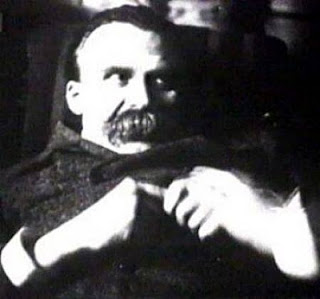 Before the antibiotic era syphilis was one of the most feared diseases on the planet. Now of course a dose of penicillin is enough to cure an infection. Yet as the author notes, syphilis still persists even though it has not become resistant to antibiotics, although the worst it can do is rarely seen in the modern age. After reading this book I’m grateful to be living in the antibiotic era (the right side of 1945). Pox tells the story of many famous men and women who suffered from syphilis and the mercury ‘cures’ that were almost worse than the disease itself. The blurb on the dust jacket also promised to reveal the extent of syphilis’s influence on art, achievement and thought since the fifteenth century, something that influenced my decision to read the book.
It’s easy to see syphilis as the New World’s ultimate revenge for its brutal colonization by European powers. The first major historical figure examined is Christopher Columbus, who was almost certainly one of the first syphilitic Europeans. Europeans introduced a multitude of new diseases into the native populations of the New World, but the one they brought back with them would curse Europe for centuries to come. When Columbus and his men sailed back into Spain in 1493 the syphilis plague began soon after, with the first major outbreak in Naples in 1495.

The intriguing case of Columbus and his men is just the first of many. In chronological order the supposed syphilitic lives of such historical figures as Beethoven, Schubert, Abraham Lincoln, Vincent van Gogh, Nietzsche, Oscar Wilde, James Joyce and Adolf Hitler are examined. It makes for a disturbing yet fascinating read.

Hayden is a quality writer, described as an “independent scholar” on the inside of the dust jacket; she manages to avoid the academic solipsism that can ruin some non-fiction. The short introductionary piece called Cactus Flower – Portrait of a Syphilitic, creatively reveals what it would have been like before the anti-biotic era to contract syphilis – the horror, the desperation, the futile attempts to find a cure and the crippling need for secrecy. During the course of the book the nefarious power of the disease is revealed; the initial infection, the often long secondary phase in which syphilis mimics many other diseases and finally the tertiary phase of euphoria and insanity. It’s the last phase that elicits the most fascination and makes you wonder about what kind of symbiotic relationship the spirochete has had with these important historical figures.

Ludwig van Beethoven is a fascinating case. Although is it not absolutely certain that he had syphilis, the evidence is strong. His deafness, rages, cardiac arrhythmias (something he apparently set to music – piano sonata opus 81a les adieux) and general ill health could all be attributed to syphilis. Hayden notes that Beethoven was often seen “wildly stomping” around the streets of Vienna during the last years of his life with hair flying and looking like a tramp – behavior that can be attributed to tertiary syphilis.

Less certain though, is the matter of Beethoven’s musical genius. Could his creative powers be ascribed in part to the influence of the syphilitic spirochete? The same question can be asked about van Gough’s intense paintings. What about Oscar Wilde’s beautiful writing and mordant wit, or James Joyce’s groundbreaking prose? Initially Pox does seem to promise answers, but in fact Hayden skirts around trying to establish such a premise and mainly concentrates on establishing whether these individuals did in fact have syphilis. Pox is basically an academic retrospective detective story featuring some of history’s most influential characters. It’s fascinating stuff, but not as controversial as it initially promises to be. However it doesn’t take much consideration to come to the conclusion that if Hayden had attempted to establish that some of history’s greatest creative minds had owed their inspiration to the syphilis spirochete, then she would have left herself open to severe criticism.

Hayden ends her gallery of syphilitics with Adolf Hitler, which ironically makes the question of syphilis’s influence more pressing. Hayden reveals Hitler as having all the hallmarks of syphilis and examines the theory that a Jewish prostitute possibly infected Hitler when he was a young man. The evidence Hayden presents is certainly compelling. What does this mean regarding how we think about the Holocaust and WWII itself? Would the holocaust had of eventuated if Hitler had not made a fateful visit to a prostitute? If antibiotics had been invented just a few decades earlier would the worst of WWII have been avoided? Of course it’s far more complex than that, but overall Hayden leaves the reader with much to consider, including a new macabre respect for syphilis and its almost symbiotic relationship with those it infects.
Posted by Jeremy at 23:53 2 comments: 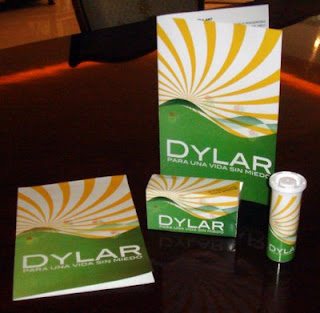 Was it a coincidence that I had to abandon reading Pox, a book about syphilis and how it influenced certain historical figures, at the chapter about Hitler so I could begin White Noise in time for my book club? Most likely, but somehow I couldn’t shake the feeling that it was significant that White Noise’s protagonist - Jack Gadney, happened to be a professor of Hitler studies. It was also just the kind of trivial coincidence that is elevated to profound significance throughout the novel. Jack and his academic colleague - Murray, would have been suitably impressed and pondered its meaning over many paragraphs.

DeLillo is considered to be a significant postmodern novelist, and White Noise is his most postmodern novel. The book touches on almost every significant postmodern concept available to literature and this is undoubtedly the key to understanding the novel. White Noise utilizes meta concepts, hyperreality, irony, parody, deconstruction, media saturation, cultural fragmentation and the nefarious influence of high capitalism on culture. The novel could also very well be a parody of postmodernism itself (I strongly suspect that this is the case). White Noise is also an extremely funny book and perhaps a bit too clever for its own good, which in this case is a good thing. Perhaps it is pretentious, but personally I love a good dose of pretension.

The Gadney clan sits at the centre of the narrative, a fragmented family of children from three or more different marriages. The children are, for much of the time, more adult than Jack and his blonde bombshell wife - Babette. Their son - Heinrich, is a fast-talking deconstructionalist who argues with Jack about whether the rain outside the car actually exists, particularly if the radio has stated that it wasn’t going to rain. DeLillo uses the Gladney family as a means to explore both the decline of the traditional family unit and the lack of certainty that comes with it. Jack Gladney neurotically searches for meaning in a modern world in which meaning is constantly shifting.

In the first of three titled sections - Waves and Radiation, Jack discovers that Babette is secretly taking a mysterious drug. Both Jack and Babette also suffer from a profound fear of death. The adult Gadneys are obsessed with death and the many new ways of dying that the modern world has manifested all around them. They argue over who will not cope the most if the other dies, but meanwhile they take great pleasure in watching disaster footage on television, totally divorced from the reality of what they are witnessing.

Hyperreality, in which simulations of reality are mistaken for the real thing, is a concept that dominates White Noise. Babette reads absurd pulp magazine articles to the blind and no one questions their validity. In the second section - The Air-Born Toxic Event, the disaster management organisation called SIMUVAC regards the real disaster merely as good preparation for the future simulations they plan. When they do carry out a successful disaster simulation that features noxious gas, there is an actual noxious gas cloud the very next day, but no one responds because it doesn’t seem real.

The dubious truths presented by the media also feature prominently, with Babette’s addiction to talkback radio and the frequent non-sequitur interactions from the TV that masquerade as mystical messages.  Murray only seems to talk in theories, deconstructing the world whilst also negating it with his hyperreal academic argot. Murray is also obsessed with the plain packaging isle at the supermarket, which are hyperreal versions of ‘real’ food. In many ways Murray is the most significant character in White Noise – he is a bullshit artist and genuine at the same time, like a personification of postmodernism.

Perhaps the most entertaining aspect of White Noise is the parody of academia. Jack is the professor of Hitler studies, but can’t speak German. Murray is trying to establish himself as professor of Elvis studies. The meaning of “Hitler’s achievements” (as Jack un-ironically states) is subverted into meaningless pop academia in a superb scene in which Jack trades off comparisons between the two figures with Murray in a lecture that ends with the two being mobbed by the students, as if they themselves were rock stars. Jack’s fellow academics also argue frequently about trivial cultural experiences and act like petulant teenagers, rather than serious academics.

There is so much crammed into this amazing book that a lengthy essay is needed just to begin to address its significance. DeLillo playfully parodies academia, but at the same time he wrote the perfect book to be studied by English Literature students. This is how I first came to read White Noise and now having read it for the third time I remain just as impressed. If you decide to read White Noise you’ll find out what Dylar is, why Jack and Babette covert baby Wilder’s company, the significance of atheist nuns and why it’s always a good idea to have a full tank of fuel in the car in case of air-born toxic events. Out of all the DeLillo novels I’ve read, White Noise is his most fully realized. If you read just one DeLillo novel, make it this one.
Posted by Jeremy at 07:51 2 comments: