Sleepyhead, an interview with Nathaniel Moncrieff 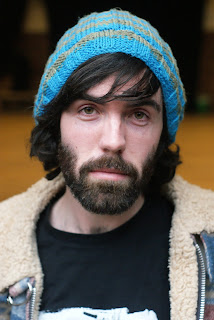 
So has there been a difference with the directors?  Did they each bring their own thing to the play?
There is and I think it’s interesting in terms of seeing a male director and a female director approach the play because there’s a lot of darkness in the play, but it’s up to the director to decide what they want to bring out – whether they want to focus on the violent undercurrent or focus on the more hopeful aspects of the play.  So I think Yvonne’s production, which I thought was brilliant, was a very subtle and sensitive adaptation of the work and I couldn’t have been happier with it.
Garreth has a different approach and I think it will be a very interesting approach all the same - he’s found more uncompromising aspects in the work. I think it will be more masculine and there will be more violence, antagonism and more of the uncomfortable themes being brought to the surface. I think the final product will be very different to the Melbourne production, but Garreth has a really strong vision for the piece and I think it will be every bit as striking and effective. 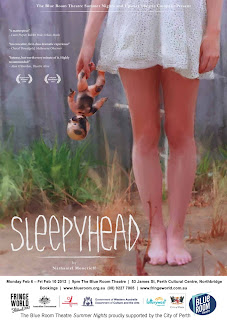 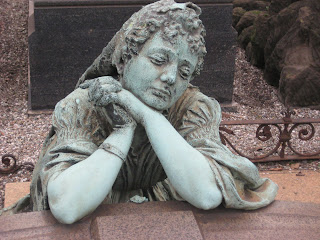 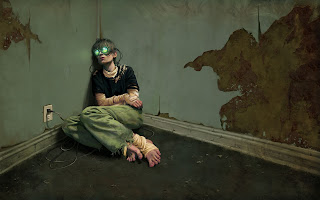 I came to cyberpunk quite late, not reading my first book of this science fiction sub-genre till the early 1990’s. It was, fortuitously, Neuromancer (1984) by the granddaddy of cyberpunk, William Gibson. It was an interesting time to start reading cyberpunk because surreally its themes were actually beginning to manifest in society. Unlike most science fiction, which tends to set its narratives in the far future or in deep space, cyberpunk focuses on the near future and tends to extrapolate dystopian outcomes based on emergent technologies. Amongst its typical themes are AIs, cyborgs, computer hacking and direct interaction between humans and cyberspace, the ubiquitous access to networked digital information (sounds familiar?) and increasing corporate control over society, along with severely weakened governments.
Of course the above description is limited, but you get the idea. Cyberpunk emerged in the early eighties and established itself as a highly influential movement. Mirrorshades was published in 1986 and was an intended showcase for cutting edge cyberpunk. Reading it 25 years on I am ambivalent, bordering on disappointed, towards some of the stories and very impressed by others, a reaction that is typical when it comes to most short story collections.
The collection begins with William Gibson’s first professionally published story - The Gernsback Continuum (1981), an elegant satire of utopian fantasies. The protagonist suffers from unwanted visions of a shiny perfect future as conceptualized by writers in the first half of the twentieth century. Enjoyable, but hardly essential, unless you are a Gibson completest. In contrast the next story - Snake Eyes (1986) by Tom Maddox, places the reader into the dystopian world of a future high-tech military industrial nightmare as seen through the eyes of a heavily cybenetically implanted fighter pilot. Discarded by the military he must fight for his sanity whilst also suffering from the probing mind of a nebulous AI. Unfortunately this story now suffers from over familiarity and ultimately failed to move me.
Despite the fact that some stories have dated there are highlights which shrug off the jaded focus of 25 years hence. Rudy Rucker’s story - Tales of Houdini (1983) provides a psychedelically rollicking good time with a fast paced snapshot of the adventures of Houdini from an alternate universe. It’s entertaining and hilarious and made me want to begin reading Rucker’s The Ware Tetralogy (2010) that’s sitting on my shelf as soon as possible.
Solstice (1985) by James Patrick Kelly is perhaps the most complex and thought provoking story in this collection. Cage, a drug artist, famous for his invention of all manner of neurologically inspiring substances, is trying to deal adequately with his bizarre relationship with his cloned daughter. It’s a psychological puzzle, with clues laid out in interludes detailing the history of theories about the origins and uses of Stonehenge. It’s as strange as it sounds and thoroughly mind-bending.
The two most impressive stories come late in the collection. Freezone (1985) by John Shirley features an anachronistic rock ‘n’ roller clad in the leather jacket once worn by John Cale whilst he was in The Velvet Underground. Disillusioned by his flakey band mates he befriends a group of wanted assassins. This story provides a fully realized world that manages to push past its short story boundaries. Stones Lives (1985) by Paul Di Filippo is perhaps the most brilliant story in the collection. The streamlined and intriguing tale of a blind slum dweller given eye implants and a mission to observe is perhaps the most cyberpunk moment here. Stone Lives concludes brilliantly and made me wish that it had been made into a movie just so I could see it all unfold.
Although Mirrorshades is uneven in quality it is an interesting collection, particularly with the benefit of hindsight, but anyone wanting to investigate cyberpunk should read William Gibson’s Neuromancer and other novels like Idoru (1996). He’s certainly not the only great cyberpunk writer; Bruce Stirling, John Shirley and Neale Stephenson (all amongst the original group in the early eighties) also fit that description. However Gibson’s novels are the most succinct representations of cyberpunk.
Whilst Mirrorshades wasn’t the wild ride I wanted it to be, it caused me to investigate what happened to some of the ‘lesser’ names that outshine the bigger names in the collection. Paul Di Filippo took some time to have his first novel published, with Ciphers: A Post-Shannon Rock 'N' Roll Mystery in 1997. Di Filippo has had a steady stream of novels published since and has the lure of an obscure writer just ready for more recognition. James Patrick Kelly has been quite successful, winning the Hugo Award twice in the 1990’s for his novels Think Like a Dinosaur (1995) and for 1016 to 1 (1999). If they offer the same obtuse stylings as Solstice then they are sure to be entertaining.
The writer that most interests me here is Rudy Rucker (great name). He seems to be a renaissance man - a computer scientist, philosopher and novelist. I’ve encountered him before when I read Year Million: Science at the Far Edge of Knowledge – edited by Damien Broderick (2008). In a book full of wild and fascinating ideas about what humanity will be like in a million years, Rudy Rucker’s essay stood out as being particularly out there. Rucker riffs on nano-machines interfacing with human consciousness, telepathy and the very earth itself becoming a giant computer and he made it all sound plausible, believe me! As a cyberpunk and transrealist writer I think that he’s the one to read if you like your science fiction books to be intense and bursting with ideas. The Ware Tetralogy seems to fit that description – four novels in one with the first dating back to the early eighties, predating Mirrorshades by four years.
Posted by Jeremy at 06:29 2 comments: